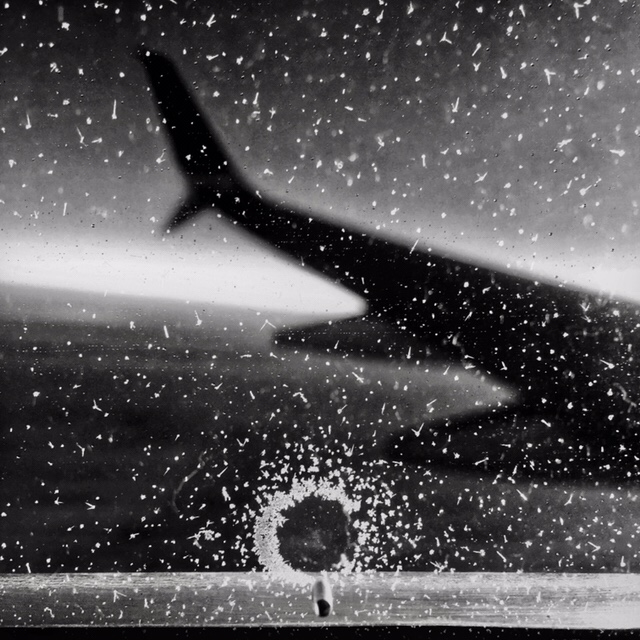 Water droplets and ice crystals appear on an airplane window at 30,000 feet. “At the altitudes jet aircraft fly, the air temperature may be –40 F or even lower. Water vapor crystallizes at these temperatures if condensation nuclei (dust and other aerosols) are present. However, it’s likely that these droplets and crystals are in between panes of glass, where the temperature and pressure supports both droplets and ice. The odd shape of the crystals results from scratches and other flaws in the window glass — the crystals grow about these imperfections. Note that the area around the crystals is free of droplets since the vapor there was drawn to the crystals – vapor typically moves from warmer to colder surfaces.”