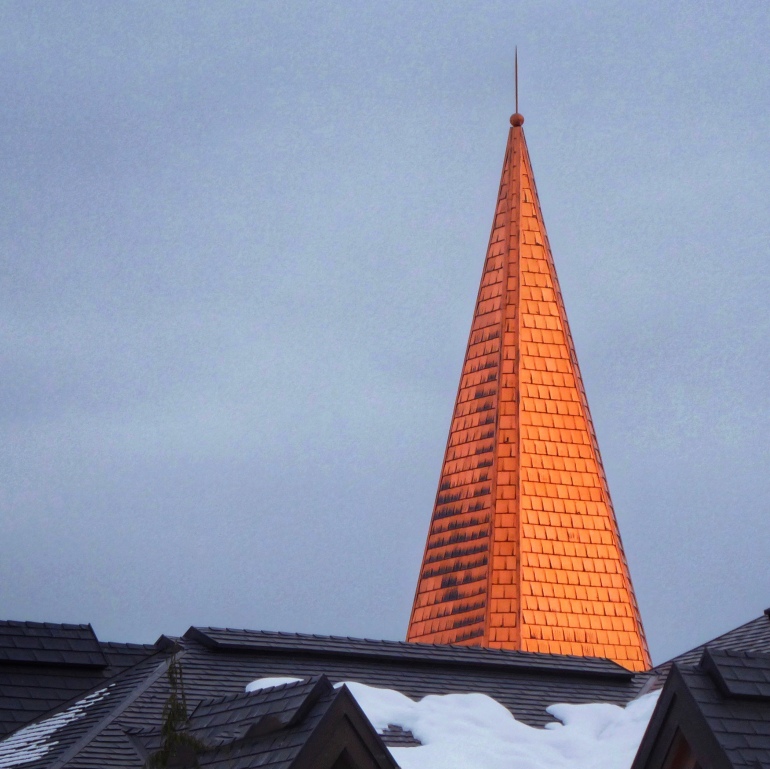 My Dad believed (somewhat) in the power of pyramids. He had a doctor — OK, a quack — who claimed pyramids had all sorts of healing properties. After all, didn’t the Egyptians build pyramid-shaped tombs? So the doctor had Dad sit under a dangling, um, monolith which supposedly focused cosmic energy onto and into his body. Dad was a smart guy and didn’t likely believe this procedure would reverse heart disease. But what the hell? Worth a try. Today, we know for sure that pyramid-shaped roofs are simply great at shedding snow. In colder climes, that’s benefit enough.