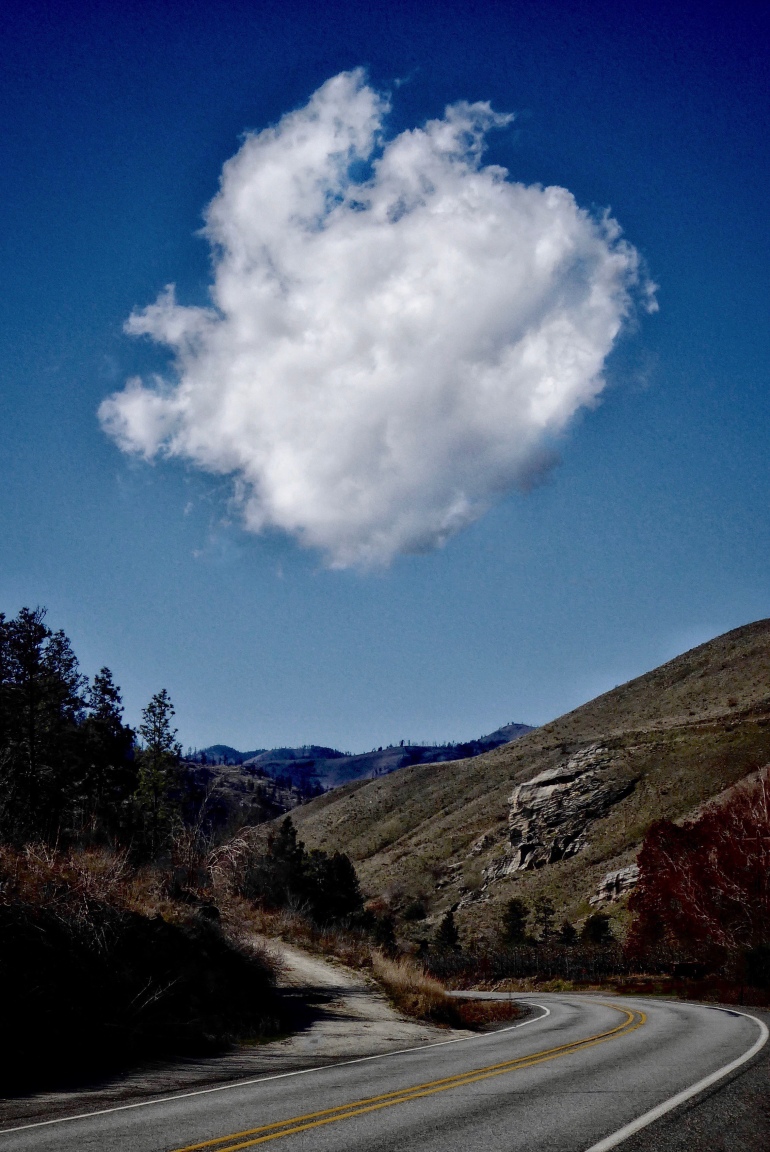 A lesson in impermanence appeared in a cloudless sky. As I drove upriver, I saw vapor gather into a wispy sphere that grew denser by the second. The quickly-formed cloud then floated east, carried along by the forces — wind and whim — that conceived it. The airborne body gleamed briefly, relishing its place in the cosmos. Then it frayed at the edges, folded into itself and collapsed. The cloud thinned to transparency and faded away, released to the heavens. Gone. Me, too. I drifted toward my own fate.