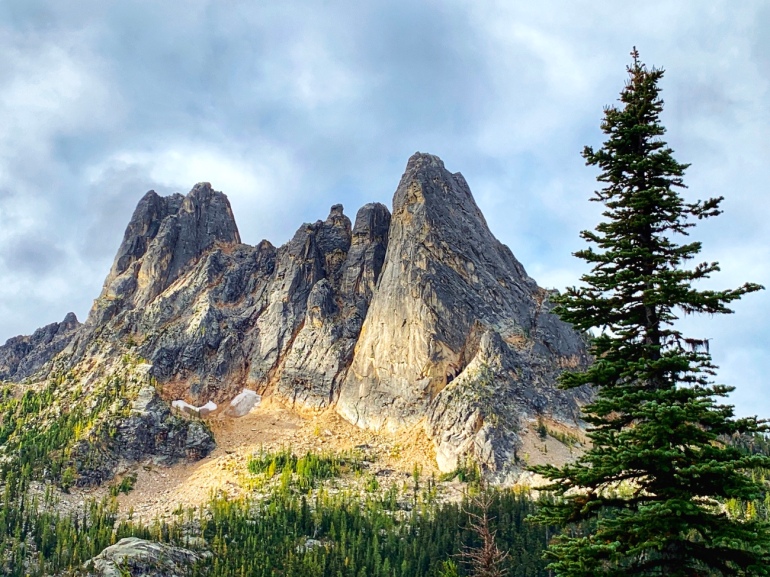 Last week I joined two bus loads of German tourists to watch in reverence as sunbeams played across the face of the Liberty Bell Group. (That’s Liberty Bell Mountain on the right, Early Winters Spires on the left.) It’s not easy to muffle 120 chittering travelers — no phones, no gossip, no tour guide lecture — but this geologic marvel did just that. We stood silently enough to hear raindrops in the evergreens and wind on a distant ridge. I don’t speak German; they didn’t speak much English. But for a few minutes we all understood the elemental language that whirled around us.

[Thanks to reader Tom Sullivan for noting the correct order of peaks in the Liberty Bell Group. Placement of Liberty Bell Mountain and Early Winters Spires has been corrected from an earlier version of this post.]