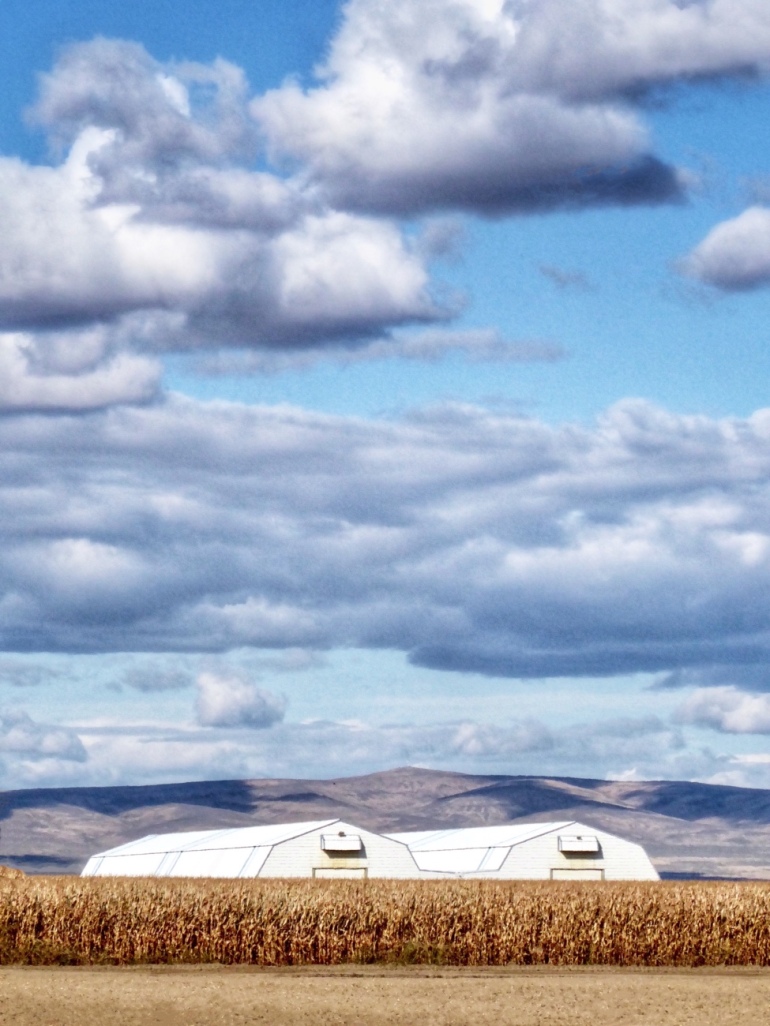 You drove for two hours without the ping of curiosity that makes these jaunts worthwhile. So you did “seeing” exercises: Sought contrast (light or dark), pursued patterns (repetition or configuration) and cleared your mind of expectations. You relaxed into yin, became receptive. When the tug of engagement at last arrived, it came (as always) out of the blue. A smudge against the sky emerged as a roiling flock of birds — first a ball, then a swirl — too unpredictable to photograph in that moment. The flock disappeared behind two crop cellars, and you snapped a picture of what wasn’t there.

[Ah! You quickly realized the field and sky were what you sought all along.]